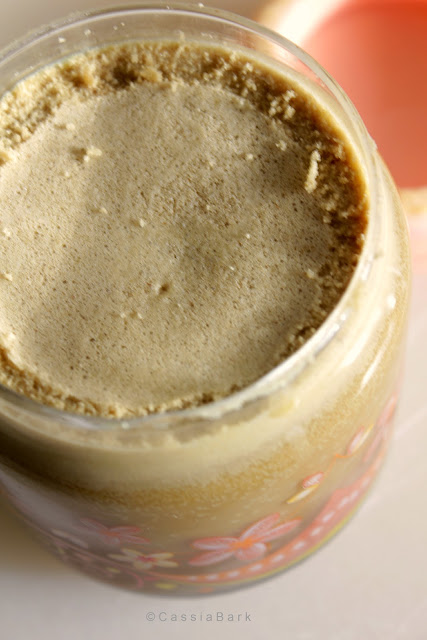 Ghee is a class of clarified butter that originated in South Asia and is commonly used in South Asian (Indian, Bangladeshi, Nepali and Pakistani) cuisine. Ghee is made by first making butter, and then clarifying it. One begins by boiling cow's milk, then turning off the stove. Once it reaches room temperature, a thick layer of cream is formed on top of the milk.
The cream is removed each day and stored in a container and refrigerated. At the end of the week, the collected cream is brought to room temperature and churned using a wooden churner (kavvam in telugu) or ladle until the butter separates (after approximately 12 to 15 minutes). 3-4 cups of water are added to this and churning continues for a minute or two until the residue is a thick buttermilk. The buttermilk is then strained. The butter (called Maakhan or mukkhan in Hindi and vennapusa in Telugu) is washed in water at least 4-5 times. This thoroughly washed butter can now be used to prepare ghee.

To prepare ghee, the butter is usually melted in a stainless steel vessel over medium high heat. The butter begins to melt, forming a white froth on top. It is then simmered, stirring occasionally and the froth begins to thin slowly and the color of butter changes to a pale yellow shade. Then it is cooked on low heat until it turns a golden color. The residue solids settle at the bottom and the ghee, which is now clear, golden and translucent with a fragrant smell, is ready. The ghee is then filtered, and it will solidify when completely cool. Ghee can be stored for extended periods without refrigeration, provided that it is kept in an airtight container to prevent oxidation and remains moisture-free. The texture, color, or taste of ghee depends on the source of the milk from which the butter was made and the extent of boiling and simmering. -Wiki

But I say we should not have to try so hard and wait so long for making that nice grainy Ghee at home. I'm not a Ghee person but the husband is a sucka for it. Mom-in-Law says everybody in my Dad-in-Law's family are actually. Dad-In-Law used to press down his 'Ghee-Bhaat' with his palm and until the Ghee oozed out through the finger gaps he wasn't satisfied! Thank to my kind Almighty that his son isn't like that coz he definitely doesn't have the intestinal capacity to digest such quantities of fat!
Anyway going back to preparing Ghee at home, I'm sure many of you already know the recipe and probably have made the Ghee a thousand and one times, I still wanted to share the procedure as I'm quite proud of making and serving home made ghee to my family and friends. It elates me by thinking that I'm one of those women who actually make stuff like this at home...doesn't matter if I serve 'Cook-in-the-micro' packed rice or store bought chapatis with it!
This recipe was given to me by my dear old friend Anuradha Hamal. She's an excellent cook and makes outta this world Momos along with her husband! Will make the Momos soon...just wish they were as simple and easy to make as this 'Ghee' is!
Ingredients :
Unsalted Butter - 500gm
Method :
Put the butter in a wok. Put it on high heat and melt completely.
Keep it on a medium to high flame till bubbles appear on the surface and the butter starts to change colour. Keep on stirring with a clean dry ladle. 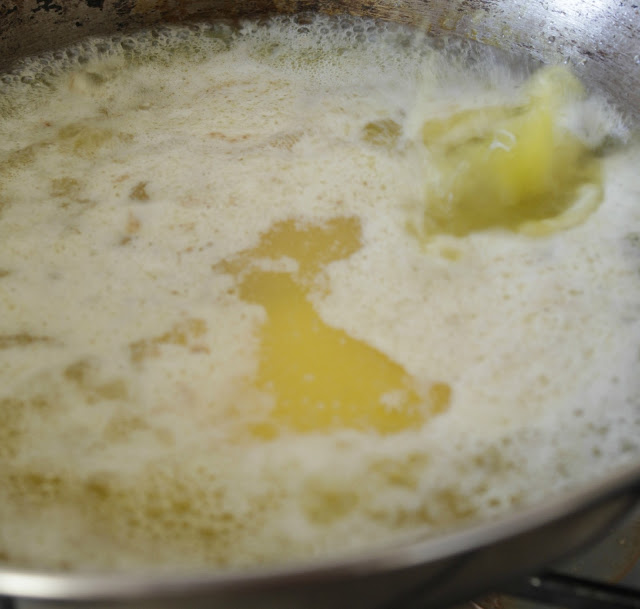 At this point it will make loud noise and bubbles will start to burst. DONOT cover it as the excess air needs to vapourise from the butter(to clarify it). Lower the flame and simmer for about 10 minutes.
Slowly you'll see the milk solids formed on the surface will change colour to dark brown and settle at the bottom of the wok. Don't worry if the Ghee looks dark at this point. It will change colour once it solidifies.
Strain into a sterilised glass/plastic jar and let it cool. Keep at room temperature. 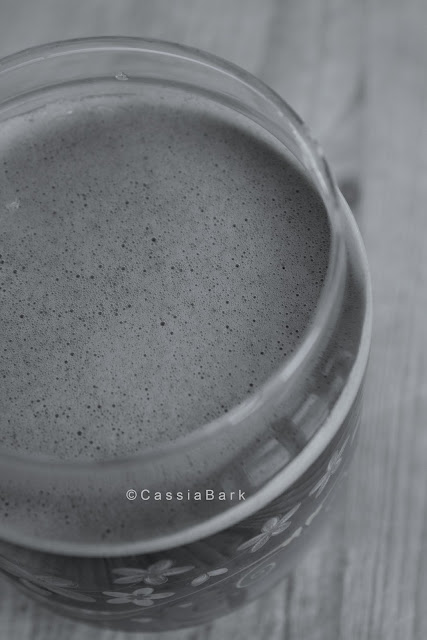 This photo is my this week's entry for Susan's BWW! 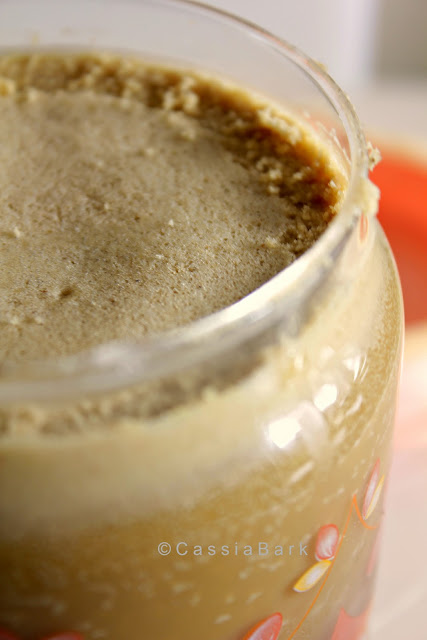 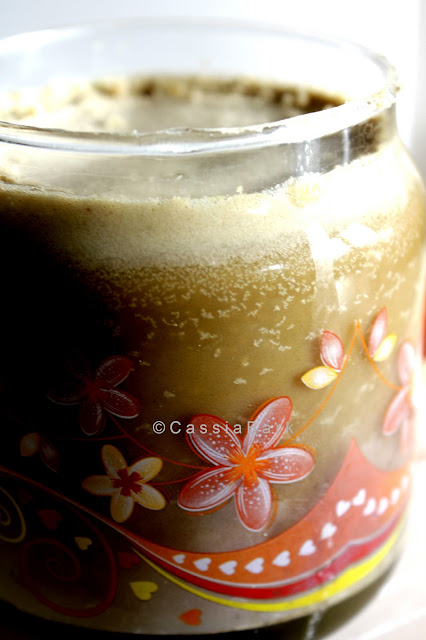 This is how the Ghee will look after it has solidified....a perfect grainy fragrant ghee! :)
Posted by Cassia Bark at 11:04

I loved your photo for BWW!

Beautifully realized in monochrome. Thank you, CB, for joining in BWW!